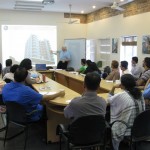 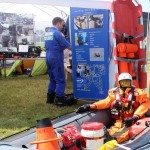 Whether it’s a cake stall, letter writing, shaking tins, endurance challenges, giving talks or first aid training; our volunteers are doing it up and down the country! 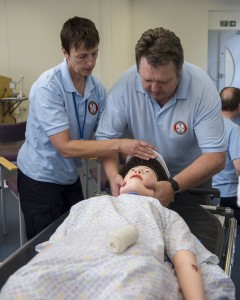 This true story is to show that IRC not only respond to disasters in the UK and around the world, but that they also contribute in other ways to be ‘United To Save Life’.

A short while ago, three members of IRC delivered some First Aid training. This consisted of a first aid teaching session to a group of female 6th Formers in Newcastle.

Just before Christmas the teacher of this group of students sent an email to thank them for the first aid training and also mentioned how effective it was, as one of her pupils used the skills they taught her in a real choking situation.

This is what Nicole had to say about the incident that happened at the hotel where she works:

‘When working at a Hotel in the Newcastle Area, I had to use the first aid skills I had learned from a session I attended in Sixth form conducted by The International Rescue Corps.

A gentleman came into our restaurant to order some food. Approximately half way through his meal the gentleman began to choke. It became evident that he was in discomfort and I should go over to help deal with this situation.

This incident could have been much worse if I had not been taught the skills to help him.’