Hurricane Mitch was the most powerful hurricane and the most destructive of the 1998 Atlantic hurricane season, with maximum sustained winds of 180 mph (285 km/h).
Mitch formed in the western Caribbean Sea on October 22 and rapidly strengthened to peak at Category 5 status. Because of its slow motion from October 29 to November 3, Hurricane Mitch dropped historic amounts of rainfall in Honduras, Guatemala, and Nicaragua, with unofficial reports of up to 75 inches (1,900 mm).
Report
The following is a brief report from Willie McMartin, IRC’s Team Leader for the mission to Nicaragua and Honduras – November 1998.

A 15 strong team from all parts of Great Britain attended Nicaragua and areas within Honduras following the devastation caused by Hurricane Mitch. This deployment was in response to a direct request from the Nicaraguan Ambassador in London and confirmation from the British Embassy in Managua that our attendance would be appropriate. 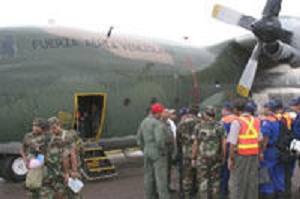 The team’s primary task was search and rescue, but they also helped in many other ways. The team carried with them, food, medical supplies and other essential goods.

After arrival, and following discussions with the Nicaraguan Authorities and the British Ambassador, it was agreed that the team should work on the North Atlantic Coast in the area of the Rio Coco. The town of Waspan was selected as a suitable base, allowing navigation both up and downstream. The initial leg of the journey was by fixed wing aircraft to Puerto Cabezas. Due to the immediate lack of helicopter transport, a section of 5 members with 2 inflatable boats moved to Waspan with instructions to start working downstream.

A co-ordination / co-operation meeting between the Nicaraguan Army, the Royal Marines pre-deployment assessment group and the International Rescue Corps was held. At this meeting some general tasking and work description was agreed. As a result of a request at this meeting, it was agreed that 1 team member and 1 of our 2 interpreters would remain at the army base in Puerto Cabezas. The remainder of the team and equipment then moved forward to Waspan.

All sections carried out similar work, which included:

IRC was also initially able to supply logistical help which included maps, GPS positions of sites, availability or not of helicopter landing sites and general details of river navigation.

Attending briefings to offer help and options was also undertaken. 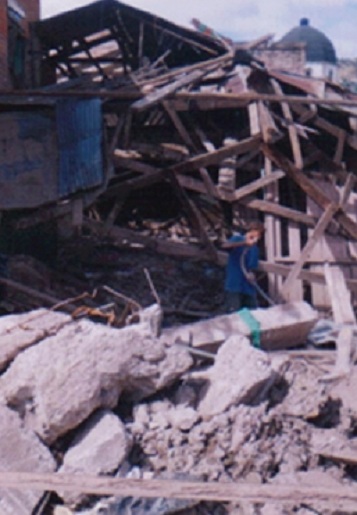 The team was active within the following locations: