Come and meet members of IRC at Waddington International Air Show on the 5th – 6th July. 2014 is the 20th anniversary of the airshow, the first being held in 1995 after the event moved from the former RAF Finningley.

Held annually over the first weekend of July at Royal Air Force Waddington, Lincoln, the RAF Waddington International Air Show is the largest of all RAF air shows, regularly attended by over 140,000 visitors.

The show offers a truly unforgettable family day out. The main purpose of the event is to increase public awareness and understanding of the RAF and its role today. All proceeds from the Air Show are donated to RAF and local charities each year. RAF Waddington is situated 3 miles south of the city of Lincoln.

The spectacular 7-hour flying display features the fabulous Red Arrows, the Battle of Britain Memorial Flight and many more military and civilian aircraft from the UK and abroad. Ground displays include 2 exhibition hangars, funfair, classic cars display, pleasure flying and much more.

There is also an extensive range of ground displays with over 250 trade stands, craft marquees, a traditional funfair featuring a wide range of amusements and rides for all the family, classic cars & vintage military vehicles, two exhibition hangars and many hands-on exhibits from the RAF as well as the Royal Navy and the Army.

A large number of catering outlets and bars provide an excellent variety of food and refreshments. 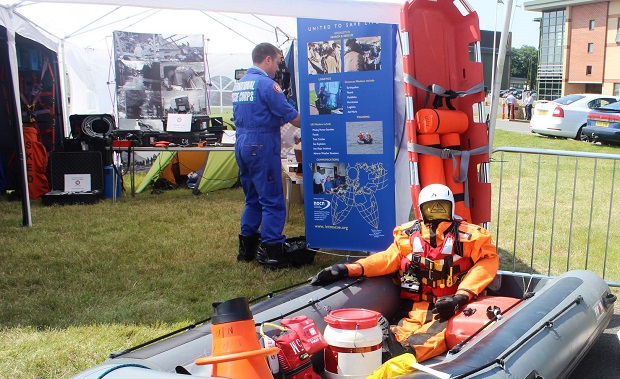