Skip to content
In Summer 1991: Manchester Airport revealed plans for a second runway to keep up with growth in air traffic. Completion date set for 1998.
In January 1997:  The first protesters set up camp.

From R Gray – Manchester Police have asked that a team go on stand-by to help if protestors to a new runway become trapped.

They are high in trees and in tunnels.

The Corps agree to help and all groups are informed.

In a meeting with a representative from the Manchester Police information was gathered about the tunnels that the protesters are digging to stop the building of the second runway at Manchester Airport.

We had a lengthy  discussion, went over some plans of the area, talked through their emergency action plan and watched some video footage of the tunnels that were constructed at the Newbury Bypass protest  and limited footage of the ones at Manchester Airport. We also had an unaccompanied walk around the site.

Below is a short briefing on the tunnels:

There are five tunnels leading from four different protest camps, all of which are in close proximity to each other. The camps are at the base of a valley and four of the five tunnels start close to that base.

The one remaining tunnel has been built halfway down a cliff face. The entrance is about 30 foot down and the only access is by rope.

The tunnels are approximately 3ft high by 2ft wide and have limited shoring. They all seem to follow a similar pattern in that they go in a couple of feet from the entrance and then drop about 10ft before the tunnel network starts.

As the tunnels have been started close to the bottom of the valley they are some 40ft underground and would probably make the Trapped Person Locator (T.P.L.) ineffective. If therefore we need to locate casualties it will mean working through the tunnels.

One of the tunnels has a “u” bend in it that has been filled with water. There may also be some other obstructions in the tunnels.

Three of the tunnels have been cut into soft compacted sandy gravel.

The two others are the ones that are giving the Police the most cause for concern.

These have been built in to a landfill site that is around 20 years old.

The landfill will not yet be properly compacted, there is a strong possibility of methane underground and the area suffers from a lot of vibration as it is only 200 yards from the existing main runway.

These two, more than the others, are prone to either a collapse or land slide. Because the site is more than 20 years old the possibility of methane and carbon dioxide may not be the only risks.

No records were kept prior to this so there may be other toxic items within the landfill. 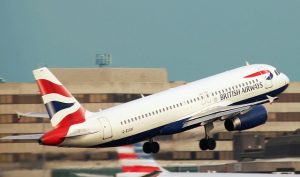 October 1999: Two tunnel protesters dig in despite fears for their safety. Another protestor ends his demonstration after 3 weeks underground as the camp begins to cave in.