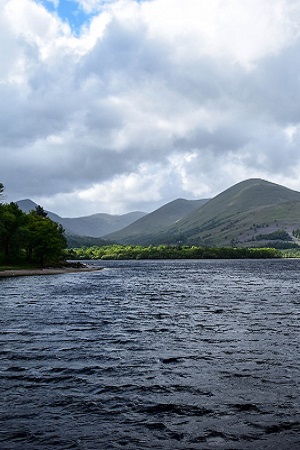 On Sunday the 15th July IRC were on a training session at Loch Lomond.

Two incidents occurred during the afternoon at which IRC were able to render assistance.

At approx lunch time as crews were carrying out a search of an offshore island, two members were on shore as security for the equipment.

A loud explosion was heard and chunks of metal and plastic landed near the vehicle.

Gordon McTavish and Willie McMartin attended approx 20 meters from the vehicle and found a portable gas cooker had exploded.
A woman had been caught in the blast but although not outwardly injured she was showing signs of respiratory distress and shock.
The full top to toe survey was carried out and oxygen was administered. Her pulse and breathing returned to normal. She was advised to attend a hospital but refused any further help.

As the team was pulling away at the end of the session Gordon McTavish heard a woman calling for her son. She looked distressed and when approached informed him that her son was missing. He was 11 years old and had been playing at the waters edge.

The beach was searched and as he had not been located it was decided to look further way from where he had last been seen.

A small burn ran into the Loch near to this last location and some of the team started to search this burn. Kai Goldie, a new member on his first training session as a casualty, located the boy some distance up this burn. The boy was returned to his mum.